After securing a grant for bus shelters from the Federal Transit Authority (FTA), the City contracted RJM to design a prototype shelter to enhance the community’s bus stops.  Four different design concepts were presented to the City Council who selected the final design to be installed in twelve prominent locations throughout the City.  Fabrication documents outlined all elements including components, site furnishings, solar security lighting, visibility, and protection against vandalism.  After the bid was awarded, RJM closely monitored the fabrication of the shelters, and the final installation which was completed in a matter of days.  The community response to the bright Bellflower blue shelters was overwhelming, and the City has elected to install forty more shelters at bus stops throughout the City. 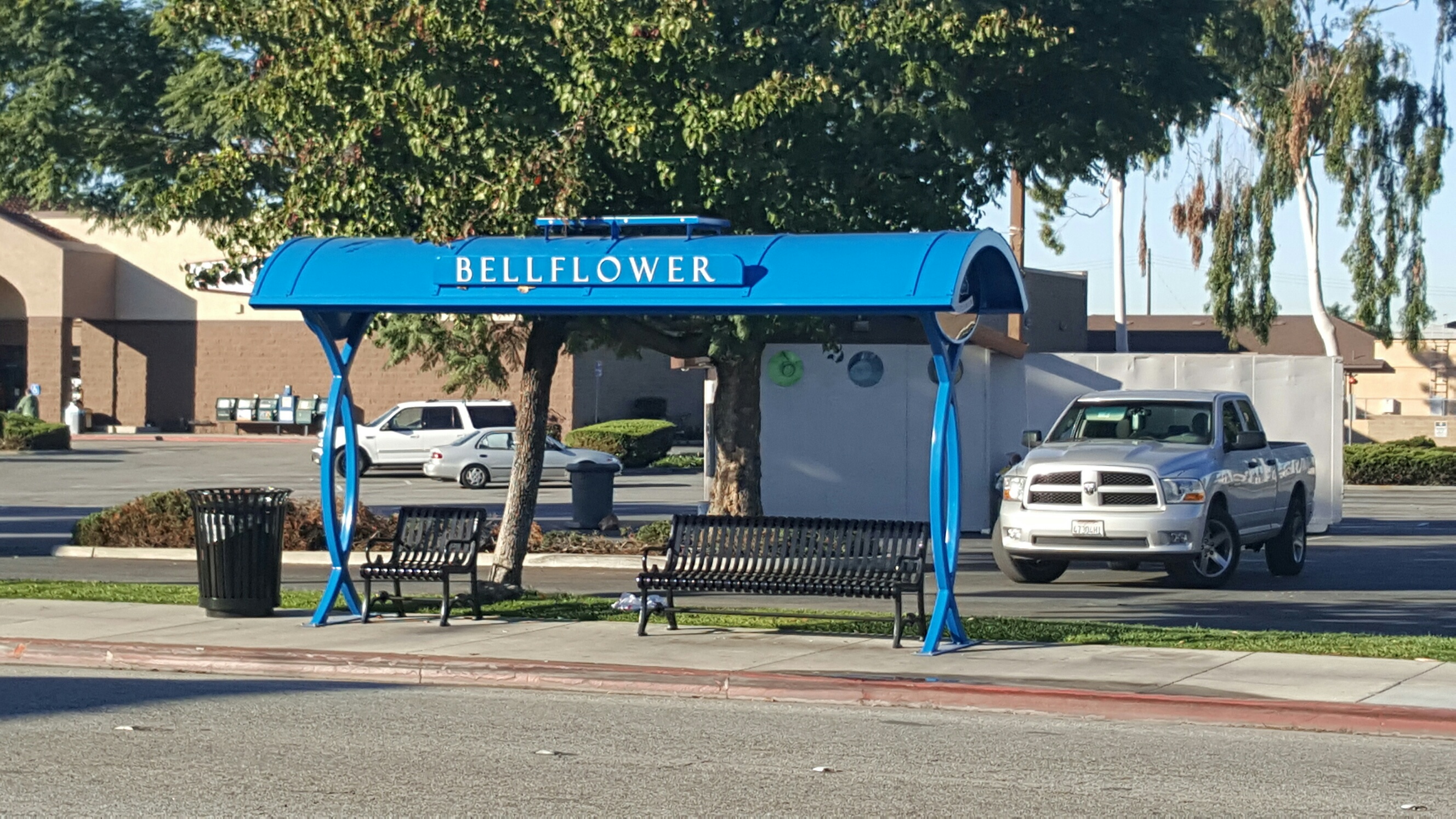 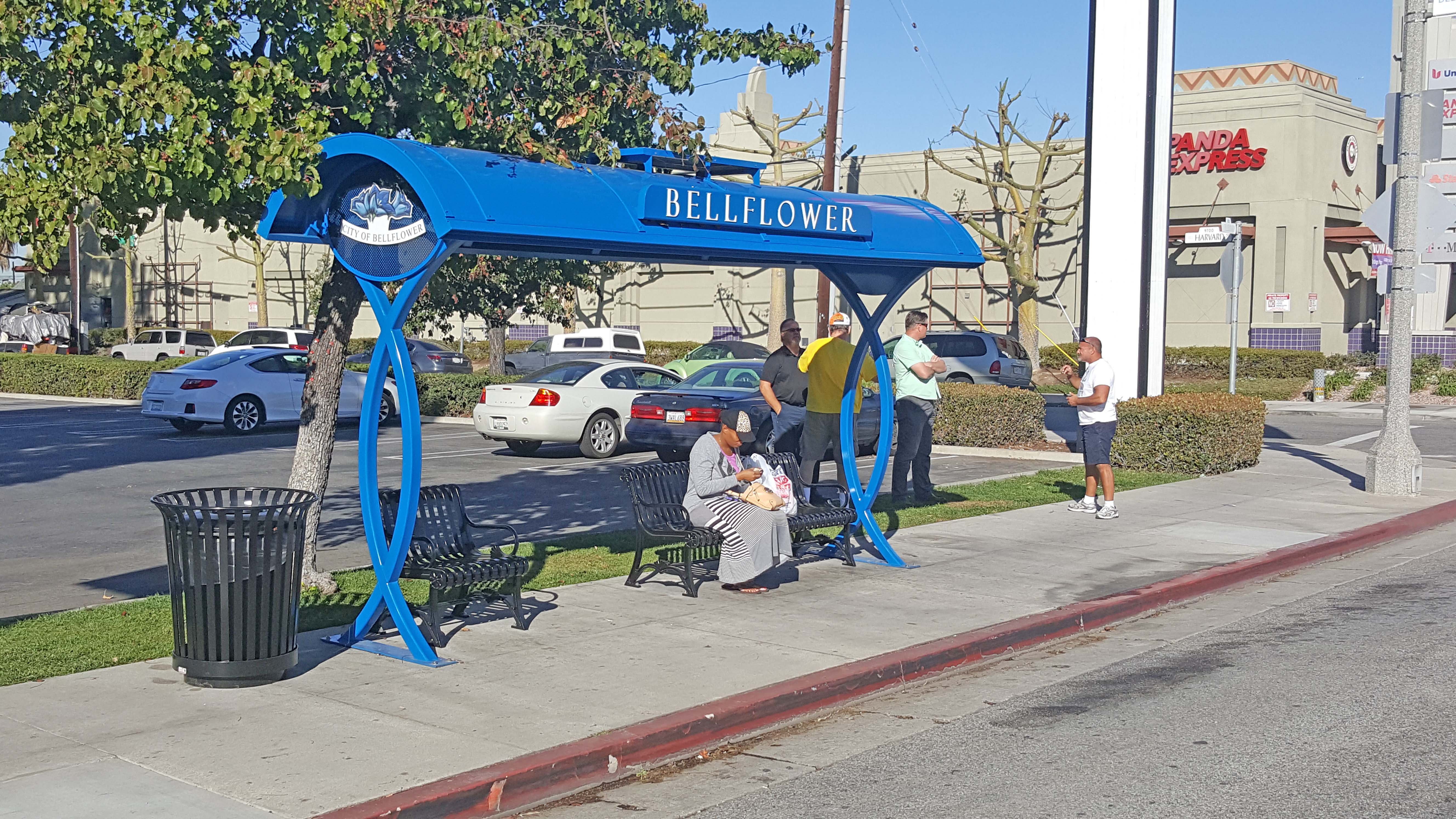 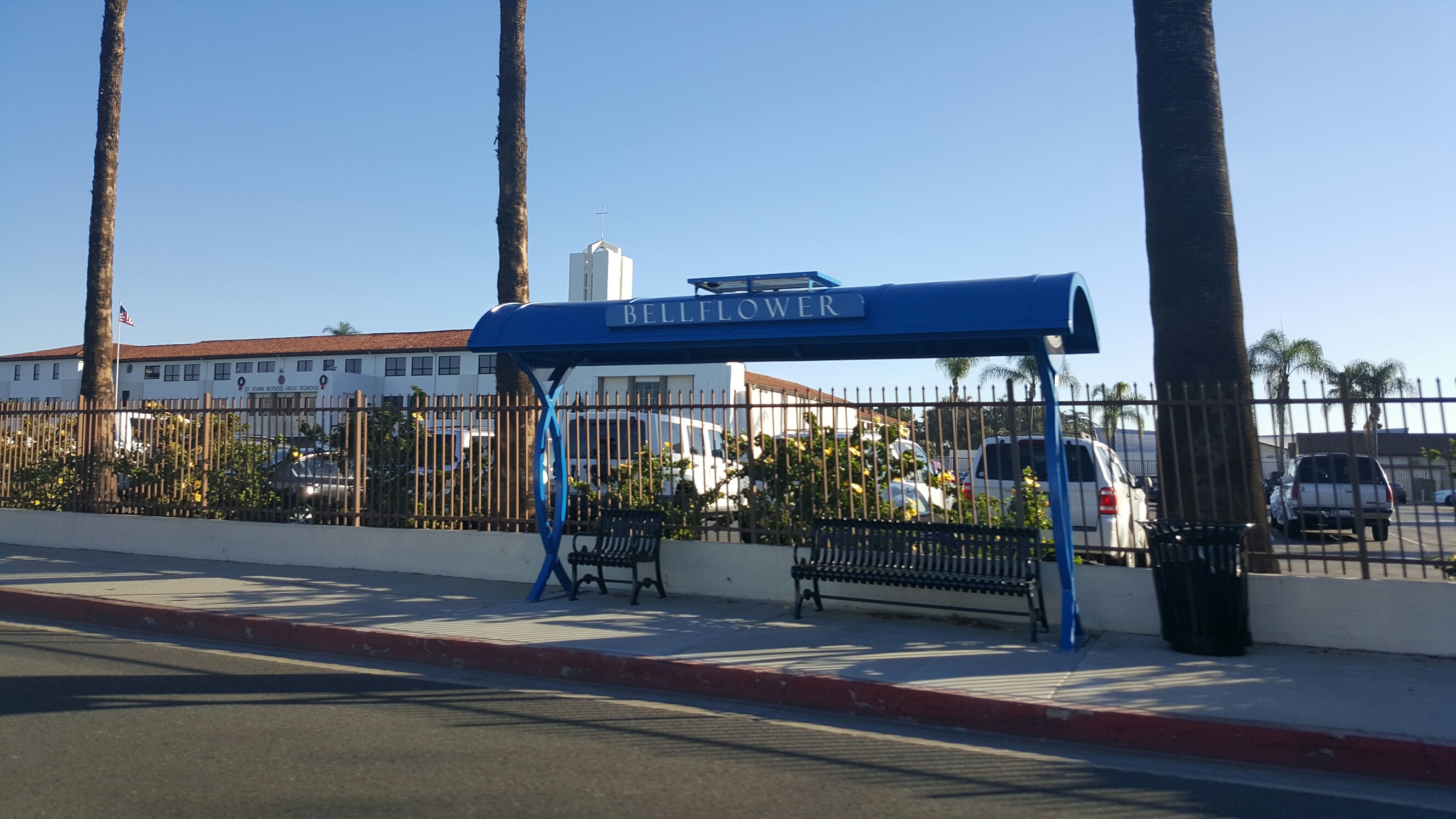