The renovation of the Orange Coast College Baseball Field has given rise to one of California’s premier College-level baseball facilities.  The project called for the renovation of the existing field which was in disrepair and lacking in on-going maintenance.  New Astroturf Diamond Series synthetic turf was installed in the infield, outfield, foul ball, warning track, bull pens and pitcher’s mound.  The system allows for different turf heights and densities to provide for faster play in the infield to emulate major league infield characteristics. This system can be ‘tuned’ or adjusted by varying the sand and rubber infill ratios to allow for faster or slower play.  The entire system is installed over newly laid 4″ aggregate base with drain lines at 15′ on center.

New foul line and outfield fencing, padding and windscreen complement the field’s installation and define the field as one of the College District’s premier baseball venues. 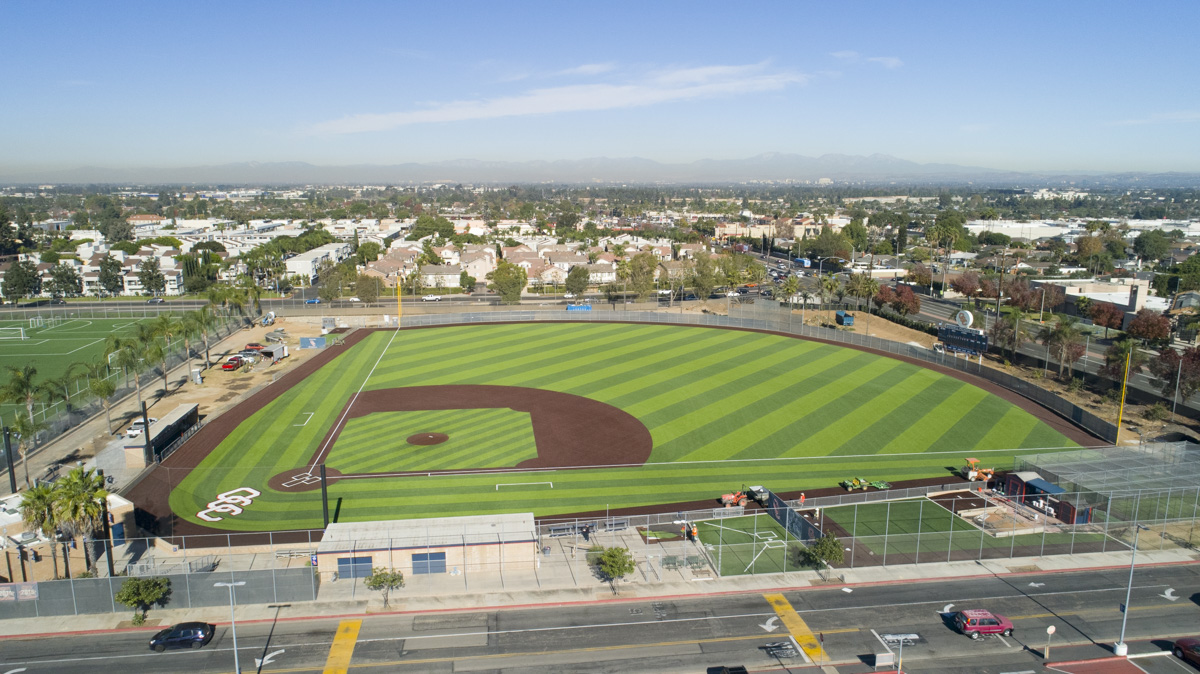 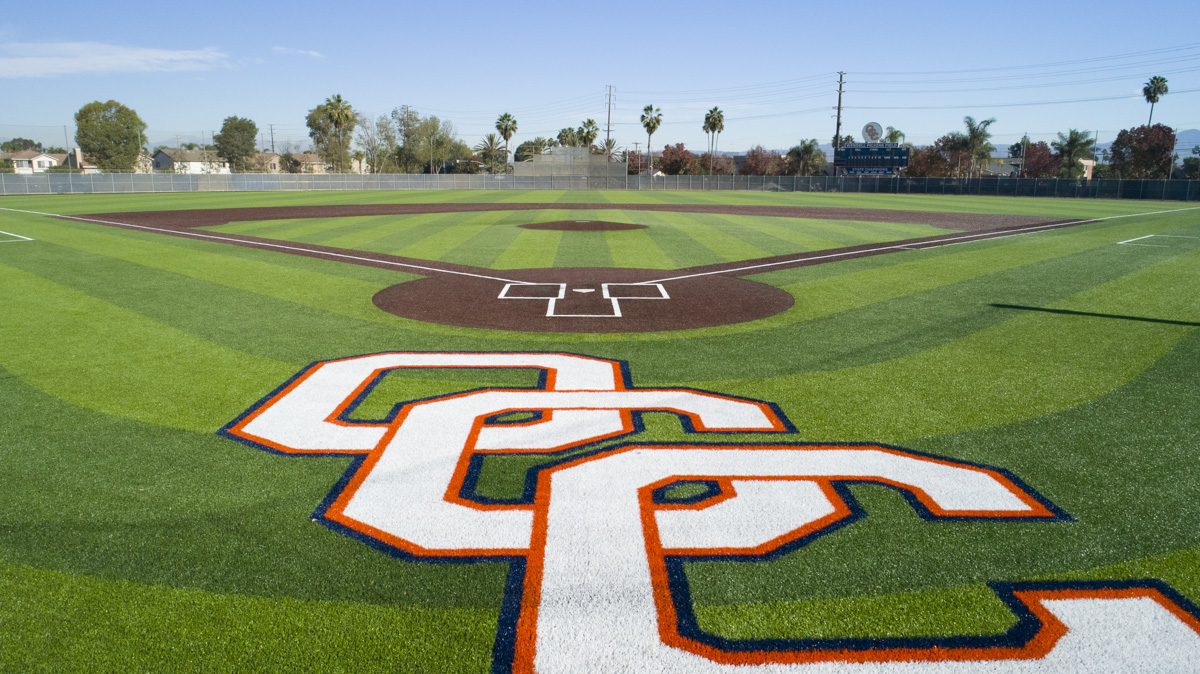 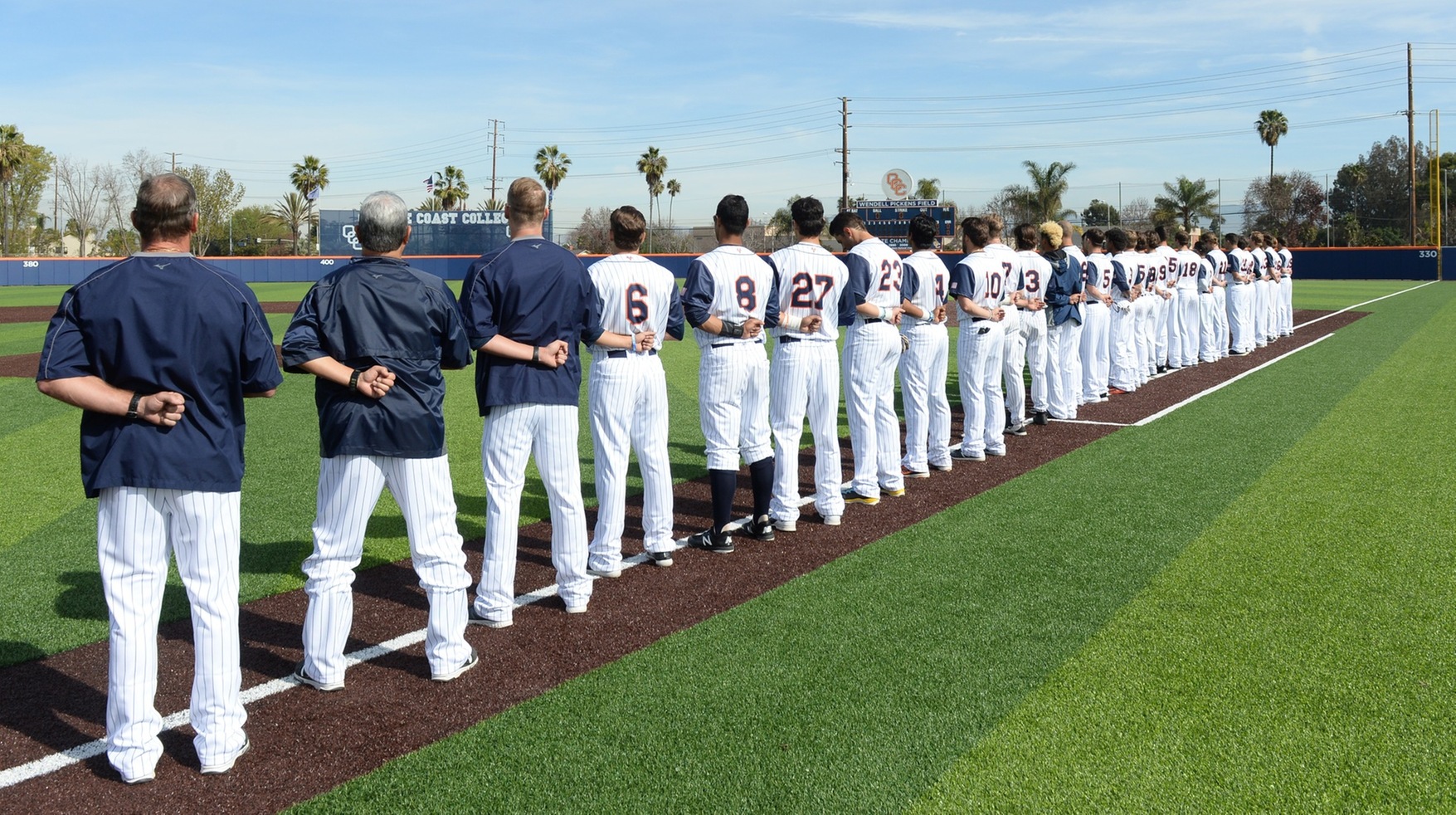 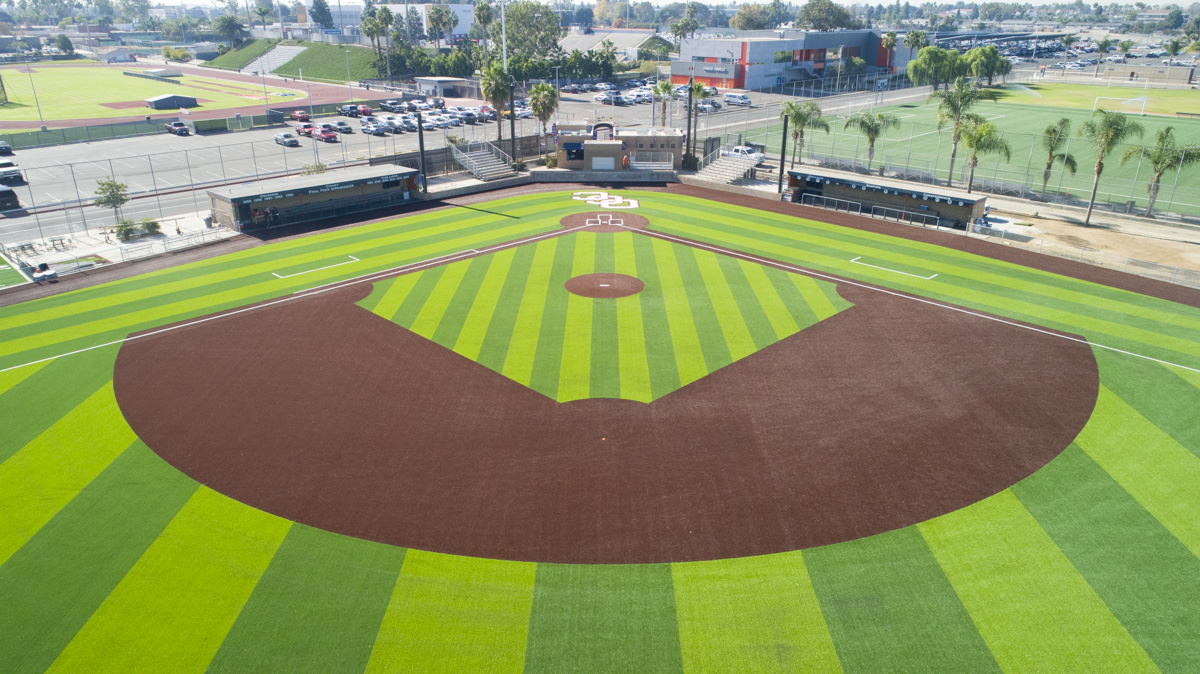 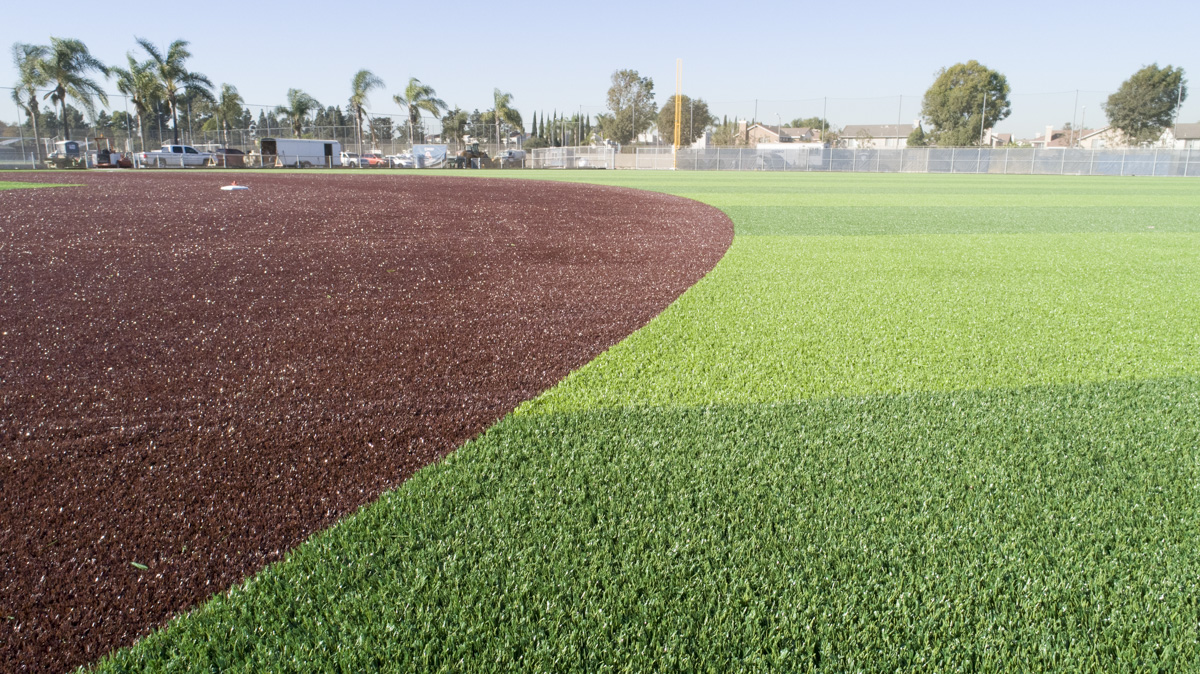 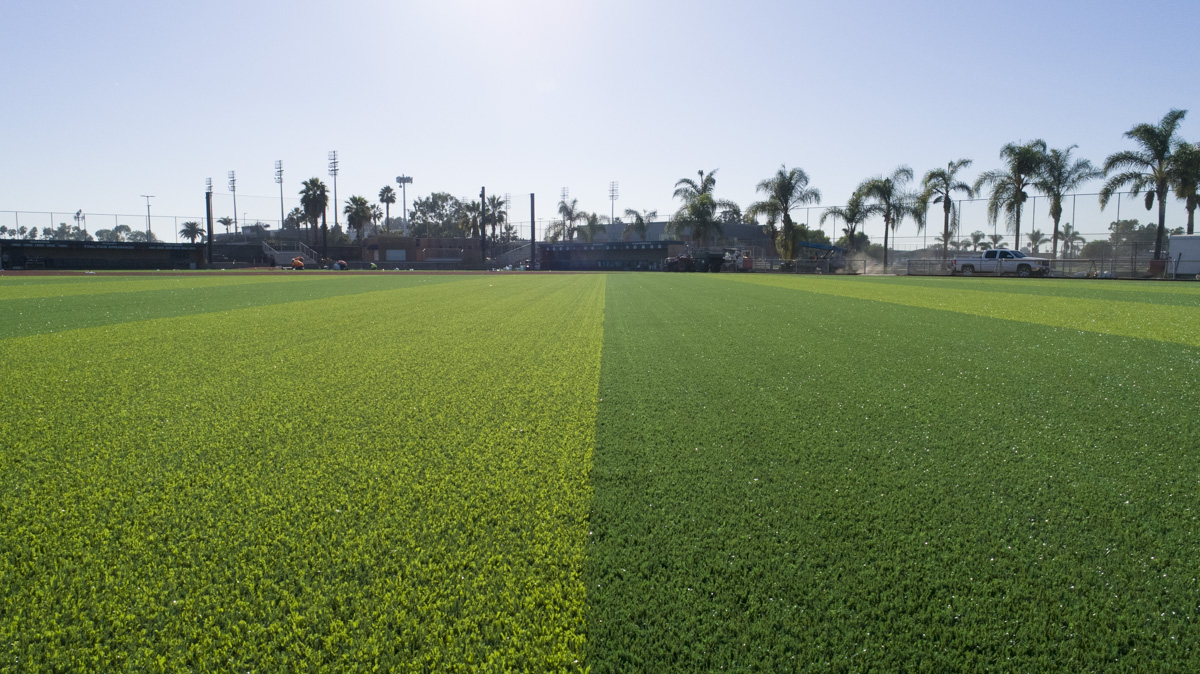 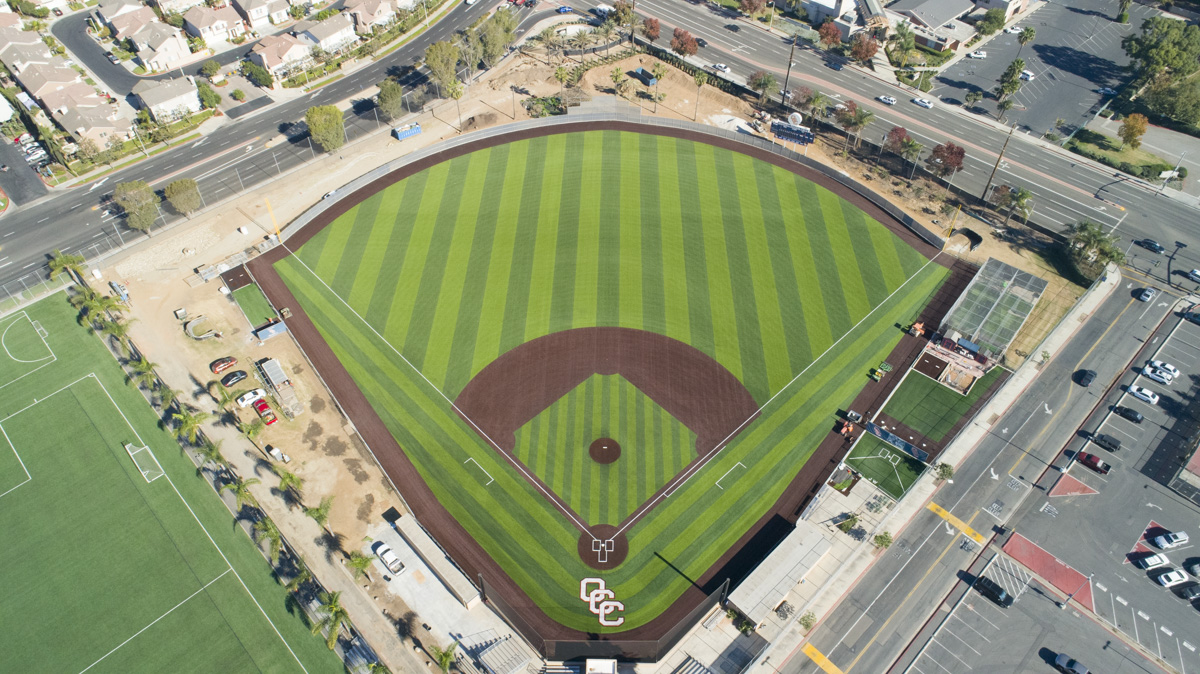